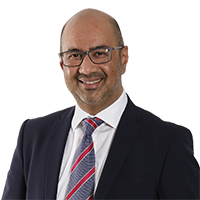 Ahmed Banderker is a qualified chartered accountant – he completed his articles at Fisher Hoffman PKF. He started his career at Sail Group Ltd as Finance Manager. He then joined Shell in 2003 where he fulfilled various roles within this company and culminated in him leading a diverse team across different countries. In addition, he was also appointed as a Board member and shareholder representative in Shell’s subsidiary companies in South Africa.

Ahmed was appointed to the Sanlam Group in November 2006 as Head of Finance at Glacier before taking on the role of Chief Executive: Strategic Business Development in 2011.

Banderker joined the AfroCentric Group Board in December 2015 where he has served as a member of Remuneration Committee, Nomination Committee and Investment Committee. In April 2019, he was appointed to serve as the Group CEO. 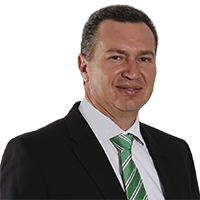 After qualifying as a CA, Hannes joined a corporate finance team at KPMG, where he gained valuable experience in due diligences, valuations and commercial structuring of companies. He joined Medscheme 15 years ago as a financial manager upon which he progressed to manage various client business units involved in scheme finance, broker commission and claims processing. Shortly after the listing of the Group in 2009, he headed up the Group Finance unit which has since expanded due to the group diversification and changes in shareholding structures. As a result of his extensive knowledge of the business, he was appointed AfroCentric Group CFO in August 2015. 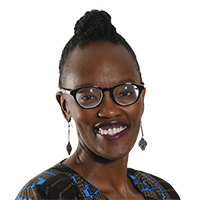 Qualified as a medical doctor, Lungi is an Executive Director in Medscheme, specialising in Health Management. Lungi is responsible for developing and enhancing: the health risk management strategy; new products and solutions; clinical and health risk thought leadership; and public health strategy. 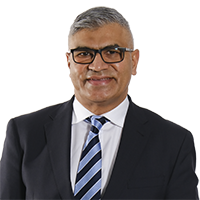 Aklaaq Mahmood has more than 18 years’ experience in the healthcare industry. Formerly, he was the Deputy CEO of LA Health Medical Scheme and Principal Officer of ProSano Medical Scheme. An MBA graduate from the University of Stellenbosch where he received a highest achievement Merit Award for Strategy. Aklaaq began his career in healthcare serving as a trustee on the Board, Audit Committee and Pension Fund of Global Health Medical Scheme. He has also been a member of various other committees and forums, including Chairperson of the Audit Committee, Risk Committee and Mayoral Performance Evaluation Panel for the City of Cape Town. Aklaaq Mahmood is the director for AfroCentric Group’s Business Development and chairperson of Medscheme Namibia. He is a director for a number of AfroCentric Group subsidiaries. Further responsibilities include the integration of new acquisitions into the Group. 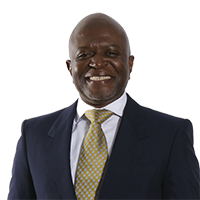 Having studied Labour Law at the University of Pretoria, Tim was employed in the Employee Benefits Department of the Public Service Commission. After moving to National Sorghum Breweries, he joined Pretoria Medical Brokers, where he was rapidly promoted to Executive Director of the Healthcare division. He then joined Polmed as the medical scheme’s Chief Operating Officer. Tim joined Medscheme in 2006 and is currently the Managing Director for AfroCentric Health Solutions, which includes managing the international operations in Mauritius. 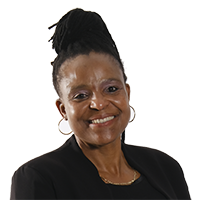 Modjadji started her career as a qualified nurse, her interest in personal development and growth motivated her to obtain a number of qualifications including: a BCur, BCom degree and BCom Honours in Finance as well as a Master Degree in Leadership.

Modjadji has extensive healthcare experience in both the private and public sectors. She is the former Managing Director for Vital Aire (a subsidiary of Air Liquide Group which focuses on home healthcare).

In the private healthcare sector, she previously served as:


During her tenure as Fund Manager and General Manager, she was instrumental in the implementation of numerous amalgamations for the Scheme and other Scheme and Medscheme projects. In 2016, she was part of the Medscheme delegation and presented Operations at the Health Market Enquiry.

She epitomises courage, wisdom and experience. With over 20 years of healthcare experience, she has throughout her career demonstrated a love for people and a commitment to developing and unearthing talent in others. 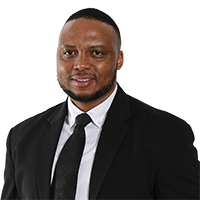 Sello has a Master’s of Business leadership degree, Bachelor of Arts and a Bachelor of Commerce degree with more than 16 years’ experience in the IT and ICT industry, in both the public and private sectors. Previously, he held a position of Chief Information Officer at Airports Company South Africa (ACSA) and was Deputy Director General in Home Affairs and previously served as a member of various committees at the Department of Home Affairs.

In 2012 / 2013 financial year, Sello was chosen as the South African Visionary Chief Information Officer of the year by the Computer Society of SA, Gartner, IT Web and GIBS. He was also awarded the best managed DDG Branch and Project of the year in 2013/ 2014.

Sello joined the AfroCentric Group Board in November 2016 as Non-Executive Director, where he was a member of the Audit and Risk Committee and ICT Steering Committee. In October 2018, he was appointed to serve as the Group Technology Director for AfroCentric.